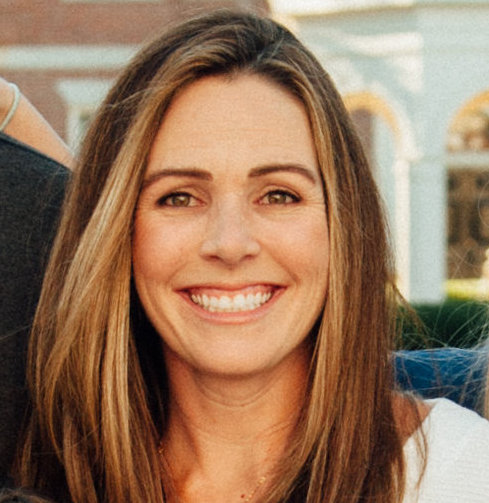 I knew I wanted to be in ministry for most of my christian life, thinking I would probably marry a pastor one day if the Lord allowed. Boy did he! I love serving our church and our city with my husband, and trying to shepherd our four children into adults who love God and serve their world. I graduated from UVA and taught high school for several years before I started having children, and I have been privileged to stay home with them since then.

Today, I chat with Veronica Greear, the wife of Southern Baptist Convention President, J.D. Greear.  We chat about her journey with Jesus, challenges that come with being a pastor’s wife, her families transition as J.D. stepped into his role as SBC President, and loving your people well.

9:15 “I was trying to keep God happy with me. I wanted Him to like me….I wanted that on one hand, but on the other I wanted all of my friends and peers to like me and be happy with me.  And in high school, those usually don’t overlap very much… Now, when I say keeping Him happy with me, that was obviously the way I was looking at it. What we know is that because of God’s grace and His sacrifice He can’t be happier with you, if that is how you want to put it. He loves you. He is not unclear on who you are.  He is not unclear on the fact that you came from dust, but I think I was unclear on that.”

13:53 “God, I pray that Veronica will understand that You do not care who she is. You don’t care what she does. You were not fooled when You died on the cross, but that You care whose she is, who she belongs to and that is You. From that point on, I thought, why would I run away from this? If anybody was fooled on this relationship, it certainly wasn’t Him. He loves me.”

16:10 Veronica begins sharing things she does on a day to day basis to continue growing in her walk with Jesus.

22:26  Veronica shares about her career as a teacher, prior to becoming a stay at home mom, and how she continues to nurture that love of teaching today.

24:13 Veronica shares about some of the challenges of being a pastor’s wife

“It was weird for me to recognize that even though I wasn’t always thinking I am married to the pastor, they [congregation] usually are.”

“You are going to have to dig deep to remember and remind yourself that your worth is not in what other people think of you. Your worth is only and always in Christ and that is true for you NO MATTER WHAT.”

In a multitude of counsel, there is wisdom.

Proverbs 15:22 Plans fail for lack of counsel, but with many advisers they succeed

Proverbs 11:14 For lack of guidance a nation falls, but victory is won through many advisers.

31:11 “It is so good for me to be reminded on a regular basis that God is not unhappy with me….Unhappy can have such a shallow meaning to it. I just mean, everything that I am struggling with is under the blood and I don’t have to bear any guilt for it. There is no guilt and shame, that has been dealt with.”

31:35 Veronica begins sharing what life is like now that J.D. is the Southern Baptist Convention President.

39:08 Veronica shares how she comes along side J.D.

“He [J.D. Greear] is confident and humble all at the same time.”

“He doesn’t shy away from it [hard topics/issues]….Even in his wiring, he is like, ‘Let’s deal with this.’ That is how he is wired.  He is willing to get in there and where the battle is the hottest in the culture is where the church should be. Now, we have to stand firm in what we have been given in Scripture. We shouldn’t be following culture, but we should be addressing the things that culture is bringing, because we are in the culture for a reason.”

43:07 Veronica shares a little about her Tip Tuesday posts on Facebook

“Connection is what I value.”

Your purchase empowers a resilient woman as she acculturates, learns new skills, and supports her family. Please visit Hope Threads to view their catalog.