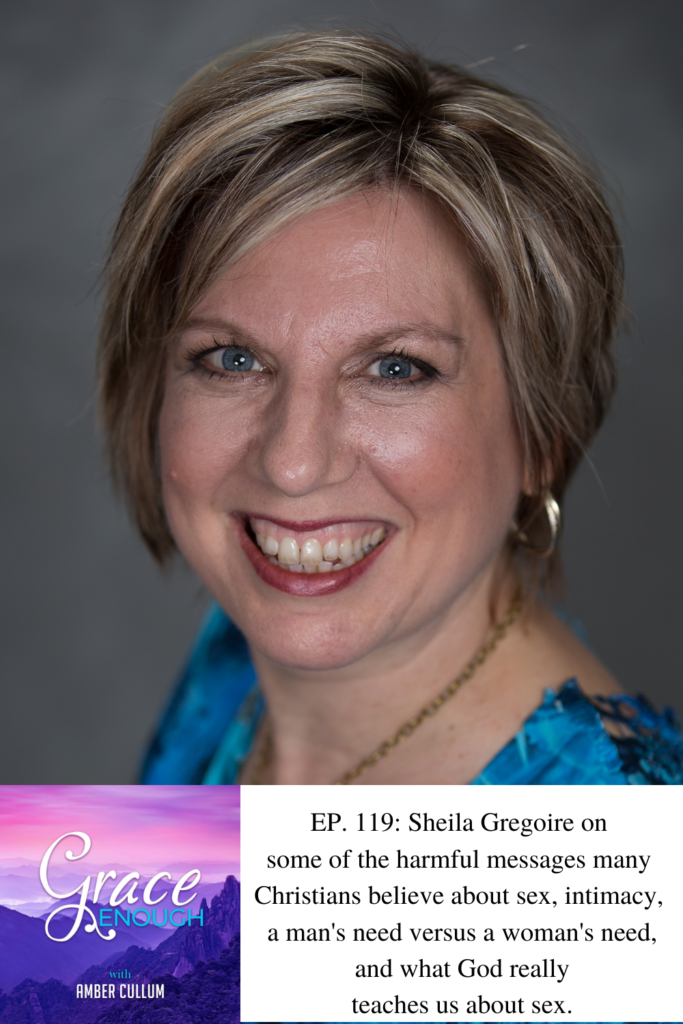 Sheila Gregoire is the face behind ToLoveHonorandVacuum.com, which was the
largest single-blogger marriage blog until she invited Rebecca Gregoire Lindenbach and Joanna Sawatsky to join her.

She’s also an award-winning author of nine books, including The Good Girl’s Guide to Great Sex, The Great Sex Rescue, and a sought-after speaker.

Sheila Gregoire joins Amber to discuss some of the harmful messages many popular Christian books have put out when it comes to sex, intimacy, and a man’s need versus a woman’s need.  We also discuss her new book The Great Sex Rescue.

Questions Sheila and I Discuss:

The Bare Marriage Survey: “We surveyed….20,000 women, largest survey that’s ever been done in the evangelical world, asked 130 questions minimum….and what we were specifically looking for was, are there certain evangelical teachings that are co-related with lower marriage and sexual satisfaction? And we certainly found that there were.”

“All kinds of these books [Christian marriage books] talk about sex in terms of men’s release, something that men need and that is just not the way the Bible talks about it….When we see it as something that men need, and women don’t, then we can easily think all that’s important during sex is that he gets release, and our experience doesn’t even matter.”

“I think that’s why God uses sexual imagery to talk about His relationship with us. It’s to tell us that sex is not just physical. It’s a deep, intimate knowing, it’s when you become totally vulnerable with one another in every way, and that is God’s design for sex.”

“We know from the Song of Solomon, that sex is also something which is really pleasurable for both people. It was never meant just for a man’s release. It was meant for a woman’s pleasure, as well.”

“The problem is, when we see sex as only intercourse, we really erase her experience.”

“We assume the act of sex is intimate in and of itself and the fact is, if you’re having sex in a way where she feels as if she doesn’t matter, it’s not just that it’s not intimate, it’s actively against intimacy.”

“I think what we’re not teaching boys is the difference between sexual attraction and lust. Jesus said, ‘Whoever looks with lust at a woman has committed adultery.’ He doesn’t say whoever sees a woman, and gets sexually aroused. He doesn’t even say whoever looks at a woman. It’s a deliberate action combined with a deliberate mindset. That is what lust is. So if a teenage boy sees a really attractive woman and feels attraction towards her, that is not lust. That’s normal sexual development. And that’s normal sexual feelings.”

“Jesus didn’t refuse to look at women. What Jesus did was choose to truly see women as whole people, and that’s what we should be teaching our kids.”

“Teenagers are going to feel sexual attraction to each other. That’s normal. It’s important, however, [to teach them to] always treat the other person with dignity and respect. And remember the way we get over lust, the way we defeat lust is by seeing each other as whole people made the image of God.”

“Sex is any sexual activity that you do together for the purposes of arousal and pleasure and intimacy. And that is what’s important in a marriage”

“When we’re thinking about sex, what we should be thinking about is a mutually pleasurable intimate experience, where the end goal is that both of you enjoy each other, and enjoy yourself….That needs to be the goal as opposed to just intercourse.”

“When you can trust him. When you’re able to get totally vulnerable with each other, then you’re able to let go and that’s when pleasure starts. And it’s interesting that God created our bodies and our relationships where that most amazing feeling is really only possible when we do let go, and when we just allow ourselves to experience, when we’re not trying to be in control. If you think about how God uses sex as an imagery for His relationship with us, what is He trying to tell us?  With God, you can be completely vulnerable and we don’t need to be in control. We can let go of control and just experience, to taste and see that the Lord is good.”

“I hope that couples will realize that sex is for her just as much as it’s for him.”

Kaleidoscope’s vision is to help kids and parents bridge the gap between storybook bibles and adult translations, which are written at a high school level or higher.

Kaleidoscope retells every book of the Bible in beautifully designed and illustrated single volumes with elementary-aged kids in mind.

This month, they have two amazing new releases: Over The River: The Story of Joshua and their first volume in the minor prophets: Sound The Alarm, written by the hysterical and talented Caroline Saunders.

Take 10% off today with the code: GRACE.

Connect with them on Instagram @read.kaleidoscope to learn more. 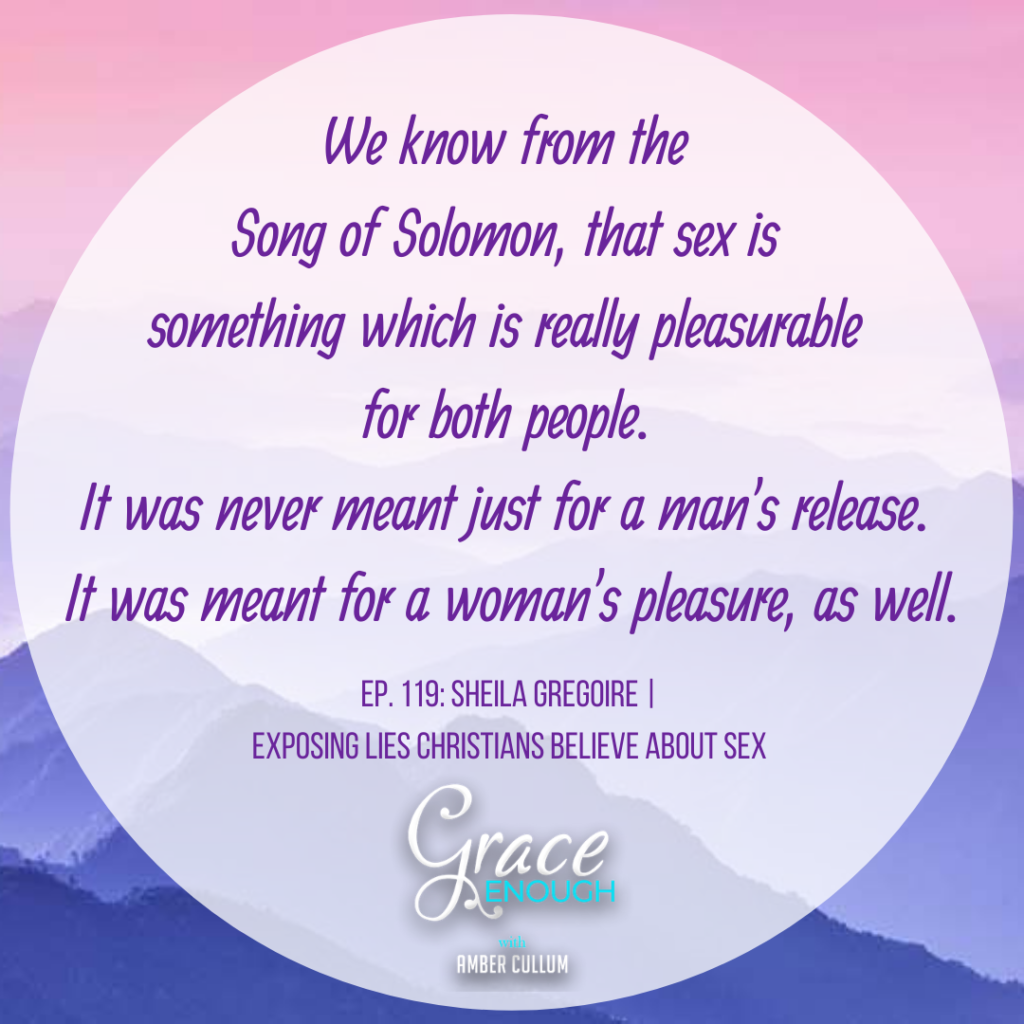 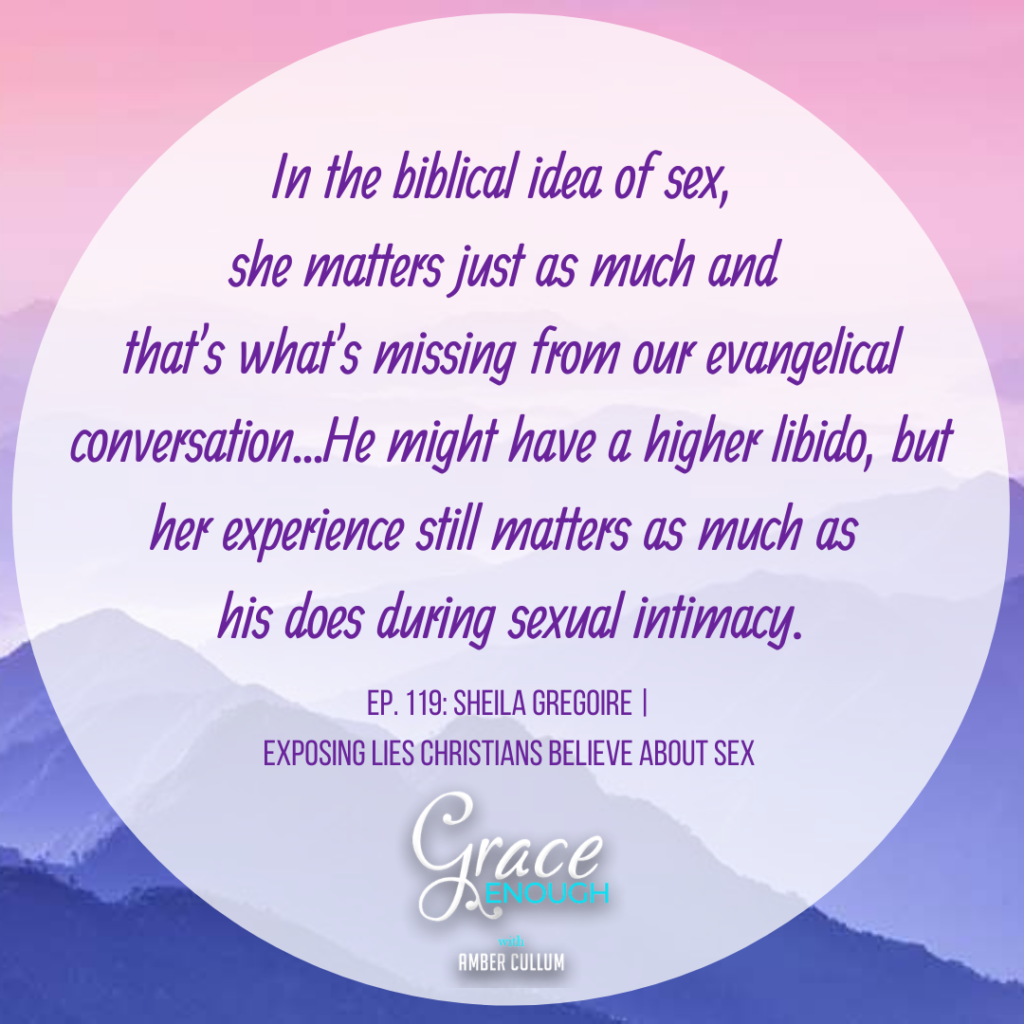 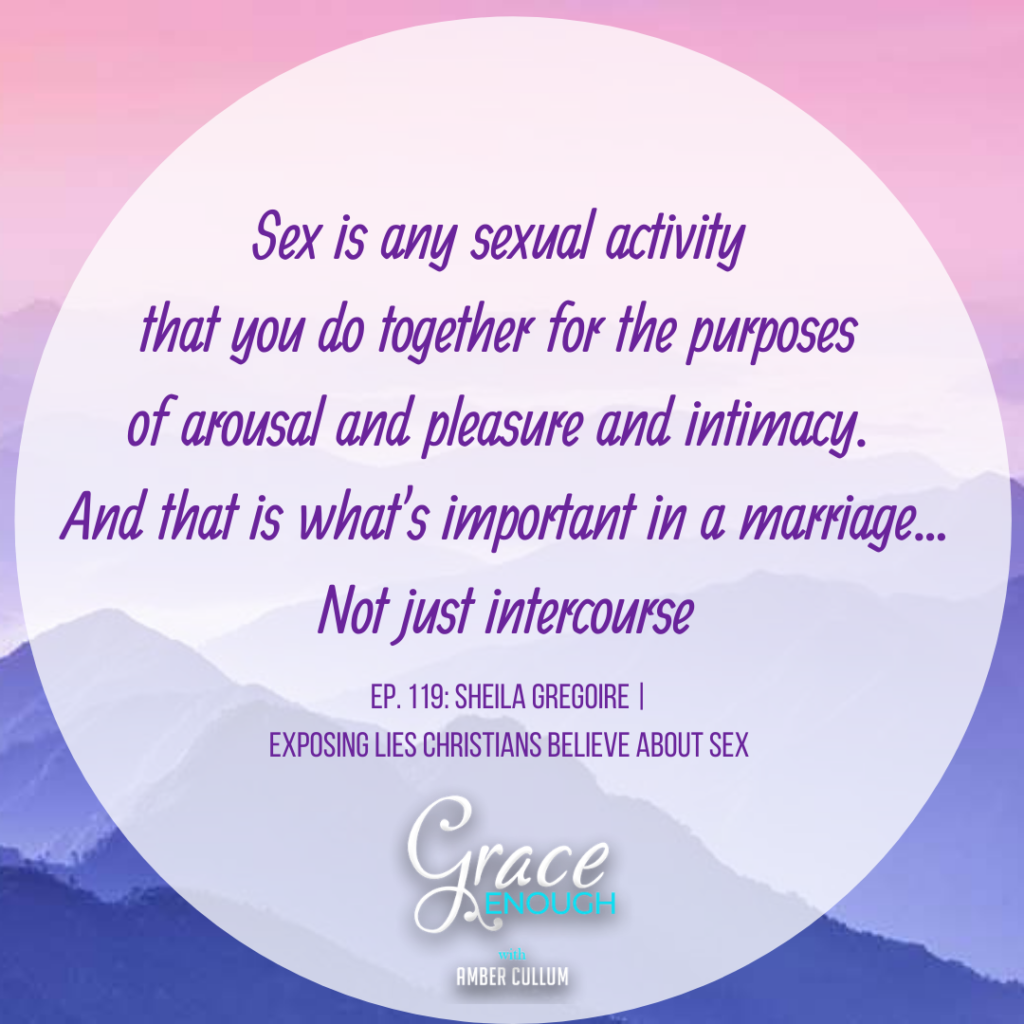 PrevPrevious118: Rashawn Copeland | When God Enters Your Mess
Next120: Amanda Glass | That’s What Dads Are Made ForNext
Please follow and share