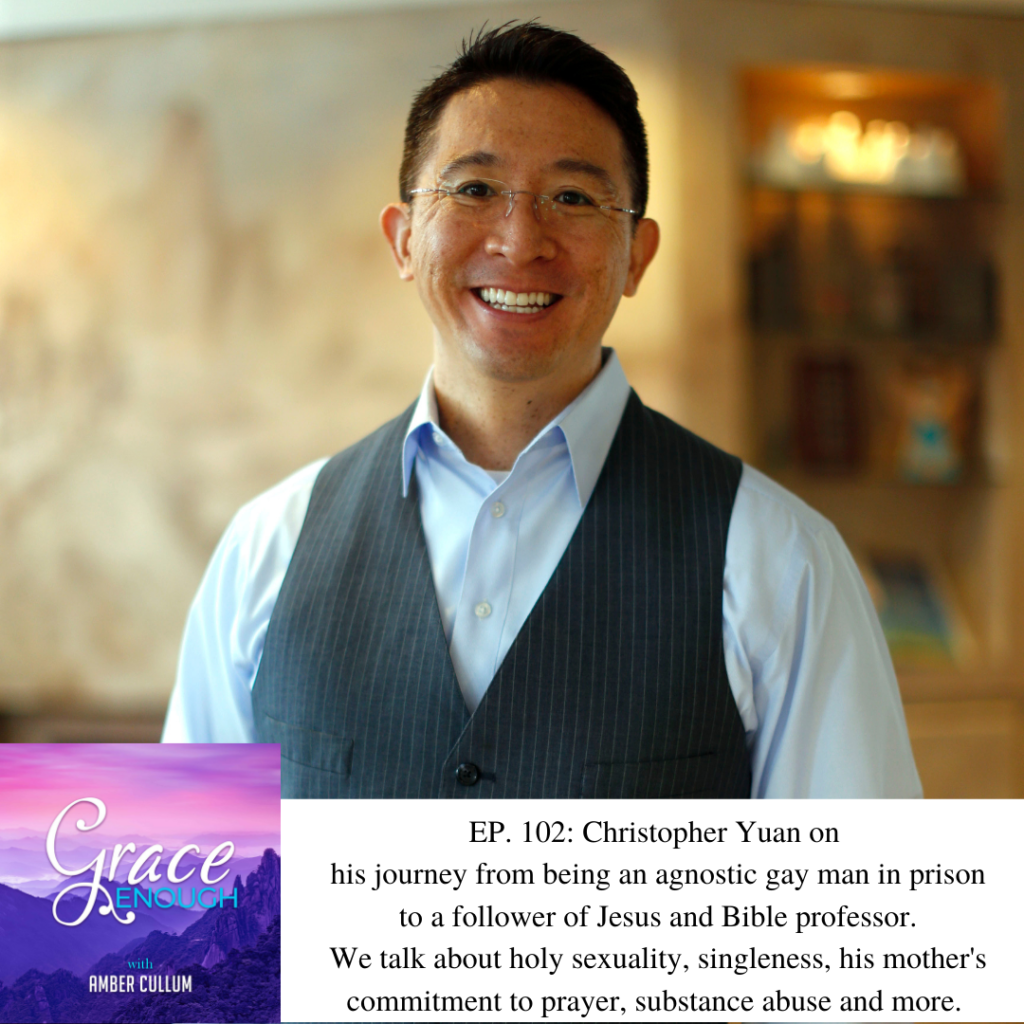 Christopher Yuan, DMin,has taught the Bible at Moody Bible Institute for over ten years and his speaking ministry on faith and sexuality has reached five continents. He speaks at conferences, on college campuses, and in churches.

He has co-authored with his mother their memoir, Out of a Far Country: A Gay Son’s Journey to God, A Broken Mother’s Search for Hope (100,000 copies sold and now in seven languages).

He is also the author of Giving a Voice to the Voiceless.

Christopher graduated from Moody Bible Institute in 2005 and received a master’s in biblical exegesis in 2007 and a doctorate of ministry in 2014.

Dr. Yuan’s newest book, Holy Sexuality and the Gospel: Sex, Desire, and Relationships Shaped by God’s Grand Story, was named 2019 Book of the Year for Social Issues by Outreach Magazine.

He has been interviewed in many media outlets, including Christianity Today, In the Market with Janet Parshall, The Eric Metaxas Show and The Christian Post.

Christopher Yuan joins me to discuss his journey from being an agnostic gay man in prison to a follower of Jesus, who now teaches the Bible at Moody Bible Institute and travels around the world with his parents speaking on faith and sexuality

Questions Christopher and I Discussed:

“Before my dad left, he wanted to give me his very first Bible and I threw it in the trash can. That’s how much I despised it.”

“My mom prayed a really bold prayer. ‘God, do whatever it takes to bring this prodigal son to you.’ She fasted every Monday for seven years and once fasted 39 days. She prayed for a miracle. And that miracle came with a bang on my door and on my doorstep are 12 federal drug enforcement agents, Atlanta police, and two big German Shepherd dogs. So I found myself in jail.”

“I was called to the nurse’s office, and I sat in her office.  I knew something wasn’t right. She couldn’t even look at me in the eyes. So she ended up writing something on a piece of paper… slowly slid it across the desk to me. And I saw on a piece of paper, she had scribbled  HIV+.”

“I was laying in my bed all by myself (no one else in the in the cell)… I look up at the cold metal bunk above me, and there was graffiti, profanity, gang symbols, but there was something else that was scribbled. It read, if you’re bored read Jeremiah 29:11.”

“I told myself God loves me unconditionally. That’s true. But don’t we as sinners like to add to God’s truth? I added, so therefore, He doesn’t want me to change….I realized after reading the Bible, that unconditional love is not the same thing as unconditional approval of my behavior.”

“My parents were not Christian, they rejected me. They became followers of Christ and they knew that they could do nothing other than love me as God loved them while they were sinners.”

“I would avoid saying lifestyle and choice….It’s correct for us as Christians, because it makes sense ,because it is lifestyle, meaning it’s sinful behavior. But if we realize the mistake that people who identify as gay are making is that they’re identifying as gay first, they can’t even get to the next step, which is recognizing what they’re doing is sinful. Why? Because they view what they do as who they are.”

“But what made the difference was I saw the gospel lived out in my parents life, they lived the gospel before they preach the gospel. I did not leave pursuing same sex relationships, because my mom and dad convinced me that they were sinful. No, I left it because they showed me something better. His name is Jesus.” 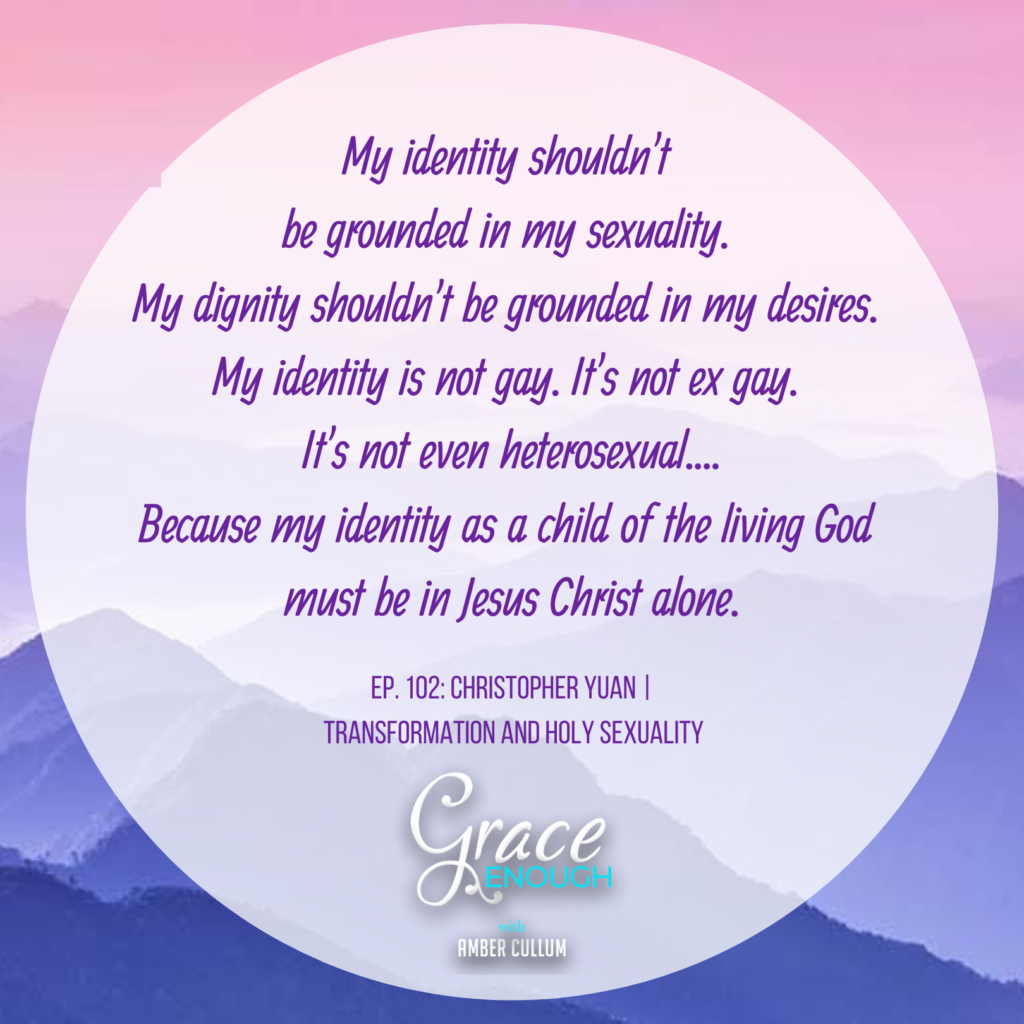 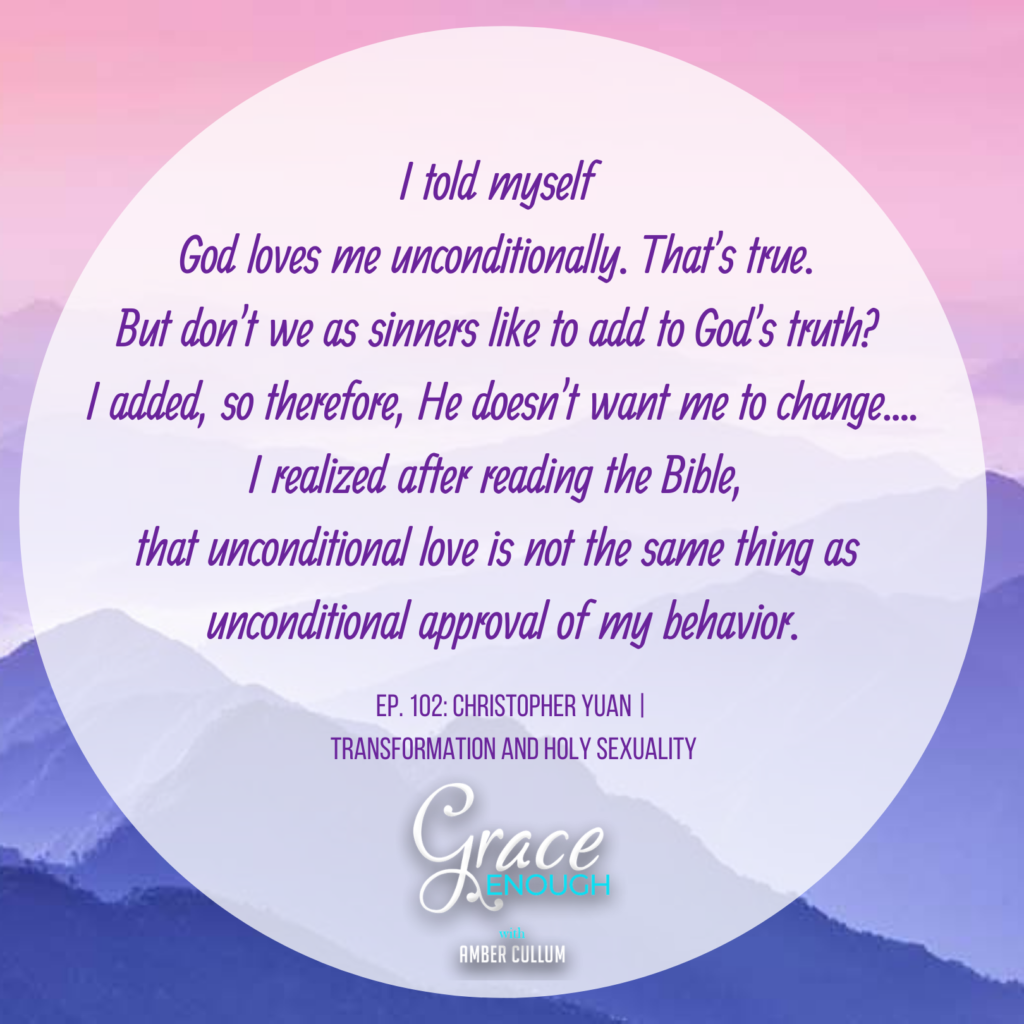 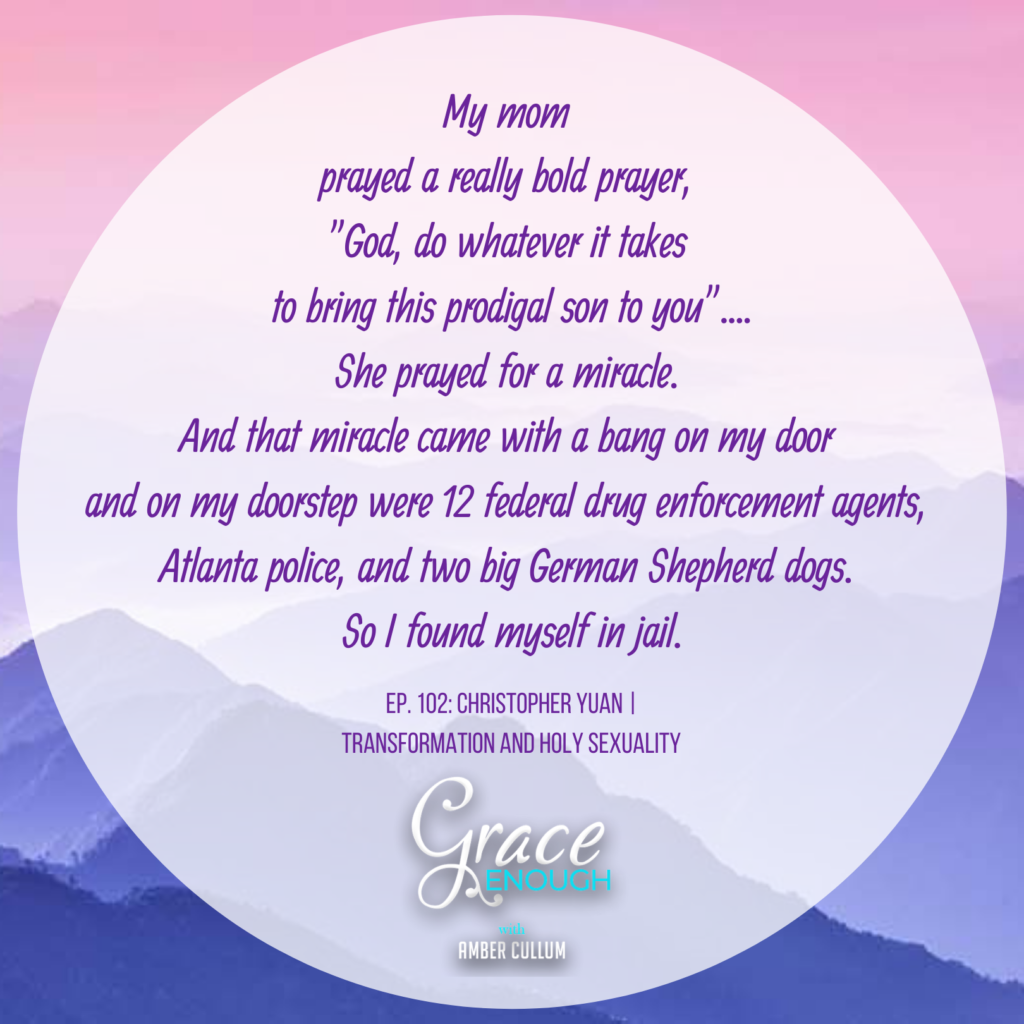 PrevPrevious101: Paula LeJeune | When God’s Love and Adversity Collide
Next103: Andy George | Pastoring Through A PandemicNext
Please follow and share